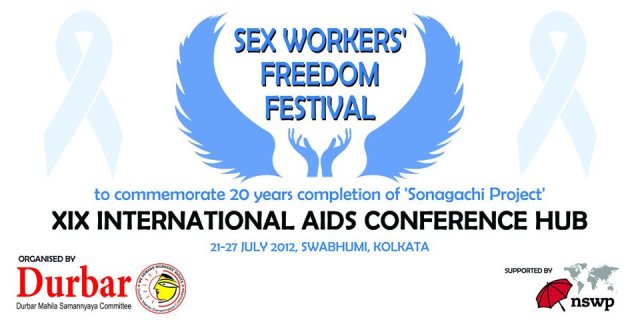 Due to USA travel, entry and residency’s restrictions on sex workers, our community is excluded from the participation of the global AIDS conference in Washington.

The IAC organisers wanted to thank the US administration for removing travel restrictions on people living with HIV but they probably forgot that not all HIV+ people are white middle class gay men from Western countries.

As a result drug users and sex workers are holding hub conferences outside the USA and hopefully we won’t  be completely ignored in our demands.

Sex workers have always been part of the fight against HIV and we deserve the same equal access to treatment, care, prevention and services.

The US administration is not only guilty of excluding us from its territory but exclude sex worker organisations from HIV funding, preferring often to fund anti-sex worker programmes of  rehabilitation. The USA police also use condoms as evidence of sex work to criminalise sex workers.

It is probably one of the worst places for sex workers in the world in terms of criminalisation, discrimination and exclusion.

If we add the trade agreements to stop the production and distribution of generic drugs which would help people access to treatment, we can easily say that Obama is guilty of killing sex workers and is accomplice of AIDS.

We, sex workers gathered from all over the world in India, will remind everyone of this reality.